Do electric guitars need batteries? It all depends on the pickups in your instrument. Pickup vehicles are divided into three categories. Active, passive, and piezo pickups are all available. Batteries are required for active and piezoelectric pickups, while no additional voltage source is required for passive pickups. In most circumstances, batteries are not required for conventional and low-end guitars.

Originally, electric guitars didn’t require any additional electricity sources. People developed a variety of existing pickups and all types of different adjustments over the years of guitar playing and diverse purposes and music styles. As a result, additional voltage sources for the pickups became necessary.

What are the active pickups, though? Is there a distinction between active and passive ones?

In most cases, the active pickups will have a higher output. You’ll need an external voltage supply because of the active pickup’s particular electronic design. This is when the battery enters the picture. If your guitar already has active pickups, there will be an additional cavity on the body that allows you to replace the battery quickly.

If you’re considering switching from passive to active pickups, consider using that extra space to store a 9V battery in a convenient location.

The biggest disadvantage of active pickups is that your guitar will become unplayable if your battery dies. The 9V battery, on the other hand, can endure for several years and is quite inexpensive.

After viewing countless Youtube videos in search of the greatest, longest-lasting battery manufacturer, I discovered that Duracell is by far the most amazing. Just watch this test if you don’t believe me.

There was only one pickup on a guitar almost a century ago when they were originally introduced on an electric guitar. When it comes to electric guitars today, the pickups have merely been upgraded and come in a variety of numbers.

A transducer is a passive pickup. A transducer is a device that can change the form of energy it receives. In this situation, the pickup will “detect” the strings’ vibrations in the magnetic field and convert them to an electric signal, which will then be amplified and broadcast through a speaker or amplifier.

Pickups are built in a straightforward manner. A permanent magnet, commonly alnico (an iron alloy) or ferrite, is used. Several thousand turns of ultra-thin copper wire wrap around the permanent magnet. A magnetic field will be created by the magnet itself, which will be concentrated on the magnetic pole components.

On a typical Fender Stratocaster pickup, these elements can be seen. The strings that we use to play the guitar will be magnetized by the permanent magnet in the pickups. As a result, when the string is plucked, its own magnetic field moves, causing electricity to flow through the coils of our pickup. The little current or signal will be delivered through the cable to an amp or speaker, where it will be amplified and we will be able to hear the sound of an electric guitar.

This is true for both single-coil and humbucker pickups; the only difference is that humbuckers normally have two coils coiled in the opposite direction to avoid the famed single-coil hum.

The biggest disadvantage of passive pickups is that they produce less power. As a result, the sound produced by the amplifier will be softer and less forceful. The hum or noise is the second consideration with single-coil pickups.

There will always be a hum at a louder level or if more drive is used because of the way they are wrapped. Of course, noiseless pickups exist, but some people believe they lack the real single-coil sound.

Piezo-electric pickups are the third type worth mentioning. These pickups aren’t the same as active or passive pickups. Piezoelectricity is simply a type of electricity that can be found in solid-state materials such as crystals and ceramics.

When mechanical stress is applied, an electric charge builds up. Like active piezo pickups, these piezo pickups include a built-in preamp. Active pickups, on the other hand, will require the usage of a battery.

What Is Better: Active Or Passive Pickups?

Music genres such as rock & roll, blues, soul, and funk will naturally employ the passive ones, whereas metal, rock, and other heavier styles of music will typically use the active ones. However, it’s not hard to see them playing opposite roles.

As a result, claiming that one form is superior to the other is incorrect. They have different sounds, personalities, and colors, so feel free to try both and see which one you prefer.

Another point worth mentioning is that single-coil and humbucker pickups are available in both active and passive variants. Although most active pickups are humbuckers, the active version can also include extremely high-end single-coil pickups.

Active single-coil pickups are preferred by some guitarists, like David Gilmour of Pink Floyd, because they produce a crisper tone. 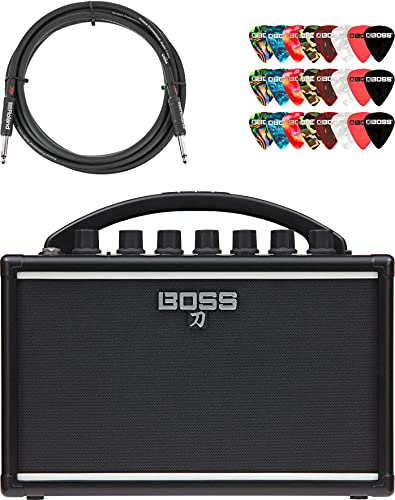 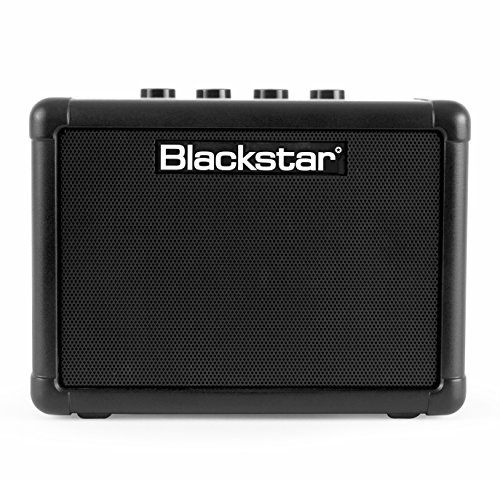 The Blackstar Fly 3 is the ideal guitar amp for anyone looking for a small, portable amp that can produce a powerful tone even at low volumes. A 3-inch speaker offers authentic Blackstar tones, and this 3-watt battery-powered amp has a clean and overdrive channel.

You receive a full set of useful functions, like tape delay effects to boost your amp power while playing. You also receive a built-in MP3 / LINE IN jack for connecting to your mobile device and jamming to your favorite tunes. 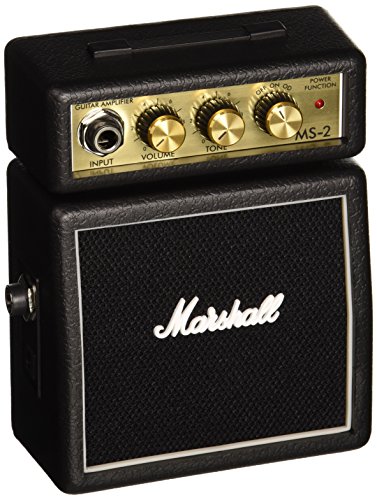 The Marshall MS-2 is an excellent battery-powered compact amp for transporting your guitar. Despite being a 1-watt amp, this little Marshall has a surprising amount of loudness.

When you try this micro stack amp, you’ll be shocked at how loud 1 watt can be. A belt clip, tone control, clean and overdrive settings, and the ability to use battery or AC power with the optional adapter are all included.

This small combination amp is ideal for jamming with pals on the weekends. You’ll have a lot of fun while getting the original Marshall tone in your pocket.

Do electric guitars need batteries? In a nutshell, the answer is yes and no. A guitar with passive pickups and no other electronics will never require batteries. However, if you use a different type of preamp, such as a mid boost or active pickups, your instrument will require a voltage source, which is that 9V battery.

There is no conclusive answer to the question of which is better. It is a matter of personal preference and what someone enjoys. The batteries themselves will not need to be replaced frequently. Depending on how frequently you play, a single battery can last several years.

All battery-powered guitars feature a stereo output jack, which will break the circuit if the guitar is not plugged in. As a result, you’ll only consume the battery when playing the guitar.