Have you ever wondered how to use an effects loop? Have you ever purchased a new guitar amp and discovered a pair of weird jacks labeled “Effects Loop” or “FX Loop” on the back? With “Send” on one jack and “Return” on the other? Most likely, you have. And there’s a good chance you won’t know what to do with them.

In the past, It was simple to obtain terrific sound effects right through the front of an amplifier. In the early days of amplification, most amplifiers were clean pedal platform types with no loop.

Headroom was accomplished and even sought after to acquire the genuine tone of an electric guitar. Things gradually changed as preamps were created to break up or distort. The clipping preamp was steadily “chowing down” on effects, and their sound suffered as a result!

Most amplifiers nowadays have one or more effects loops, although most people have no idea how to use them. For that reason, we’ll be discussing how to use an effects loop.

What is the Importance Of An Effects Loop?

Most guitarists have these external devices, single pedals or multi-effect processors. Some of these effects sound terrific and do an incredible job of providing a great tone to players.

However, have you ever noticed that running delay, reverb, or chorus over an amp’s drive or high gain channel doesn’t sound right?

Applying the same effect to your clean channel will sound just as intended. You can hear a modified version of the effect through your distortion channel.

Some effects will work OK with the distorting preamp, but anything time-based or modulated will be affected. It isn’t the way to get the best sound out of these devices, which is where your effects loop comes in handy.

What Is An Effects Loop?

The effects loop is a circuit in an amplifier that allows external devices such as pedals to be inserted after the preamp but before the power section. Small signals are required for these devices, so the effects loop must condition them to function well with the amplifier.

It keeps time-based or modulation effects like reverb, delay, and chorus from messing up in a distorting preamp. Time-based effects are sometimes so extensively distorted by preamp distortion that they don’t sound anything like they were supposed to sound.

This circuit prevents this and ensures that external devices produce the best sound possible. They are placed after the distorting preamp and before the power amplifier to achieve this.

How to Use An Effects Loop

It’s usually simple to set up an effects loop. You may find a “Send” and “Return” jack on the loop. Depending on the brand, they may also be labeled In and Out or Preamp and Power Amp.

When connecting your effects or processor, make sure you use high-quality connections. Assembly utilizing twisted pair conductors, such as the D’Addario Custom Series Twisted Pair Cables, is normally recommended.

It will ensure that you don’t introduce any noise into your transmission.

Connect the “Send” jack to the input and the “Return” jack to the output of your effects pedal or processor. If your amplifier has to send or return level controls, you’ll want to adjust them while you’re playing.

It’s worth noting that the send level control should be set after the preamps have been tweaked. If you need to tweak your amplifier’s channel outputs, this will avoid any signal level fluctuations.

Keep in mind that some pedals are extremely sensitive to signals over instrument level and will clip while adjusting your send control.

Clipping results in a treble loss, a dull, lifeless sound, and additional distortion. If this is the case, lower the send level until everything sounds normal.

Once you’ve got this setup, you may use the master and any return level controls to acquire the desired output volume from your amplifier.

What is the Difference Between the Front of Amp and the Effects Loop?

Today’s amplifiers have some fantastic drive and high-gain channels. The music and feel can inspire players. Most guitarists, however, make the error of running all of their effects through the amp’s front end!

Because a distorting preamp changes your guitar’s signal by clipping it, it can also change the effects that travel through it.

The amp driving channels modify the signal not just by distorting it but also by filtering it. This filtering affects the frequencies of your original guitar signal.

Because it also affects your treasured pedals, this can only be devastating to a nice tone! So that fantastic chorus pedal you bought because it sounds so good on the clean channel, it’s no longer the same if you’re putting it via a distorting preamp.

The electrical appearance of the signals is shown below. On the left is a clean signal, similar to what you’d get from an instrument but much more dynamic.

A signal that has been clipped or distorted is shown on the right. A distortion or overdrive channel might appear like this. The top and bottom of each wave have been chopped off, as you can see. This missing portion of each wave is, in a sense, lost signal information.

So, if you put your time-based effects in the overdriven channel, you can picture what happens when the preamp chews them up.

What is a Buffered Effects Loop?

Perhaps you’ve heard the term “buffered” but aren’t sure what it means. It is a crucial aspect of signal transfer in circuit design that you must consider.

A buffered effects loop is accomplished by creating a circuit that creates the best conditions for sending a strong signal from one device to another. The lowest impedance and strongest signals achievable without degradation are among these requirements.

Although most amplifiers have buffered loops, some technicians have been known to install one without providing this circuitry.

A vacuum tube, op-amp, or transistor buffers the signal provided to an effects pedal or processor.

If the impedance and signal are incorrect, the sound quality can suffer significantly without delving into the science.

Treble that is dull, feeble signal, and noise are all possible outcomes.

However, by constructing a circuit that buffers the signal, you may ensure that the sound is of the highest quality when transported between your devices.

Amps With the Best Effects Loop 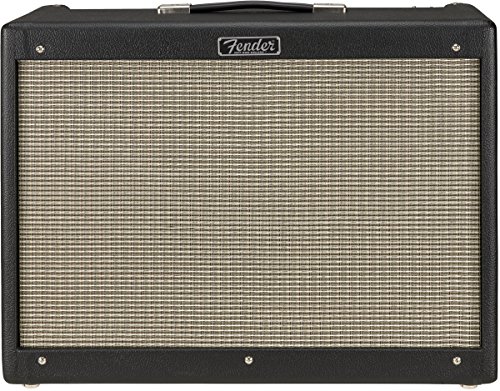 The fourth generation of Fender’s 60-watt combo offers just slight improvements over its predecessor because little was needed to be changed. The clean channel has that characteristic Fender glitter, with 60 watts providing enough headroom.

The DeVille can get very loud with two 12-inch Celestion speakers while remaining very clean. Perfect for reaching gigging volume while maintaining the greatest pedal base. There’s also a handy effects loop for keeping delay and reverb pedals clean while utilizing the amp’s internal overdrive channel.

However, in the context of this list, these enhancements pale in comparison to the addition of a Power Amp In connector on the amplifier’s rear. It means you can bypass all of Katana’s amp models and effects, allowing you to utilize any preamp pedals as true preamps instead of being colored by a second preamp.

The Katana-50 Mk II’s clean amp voice still works well as a more traditional pedal platform, and because of the amp’s powerful digital modeling, the front responds when pushed hard. It’s also loud enough for gigs, thanks to its 50 watts.

The Blackstar Silverline Stereo Deluxe is the finest pedal platform amp for various reasons. The onboard voices and effects are fantastic. The “ultra-wide stereo” allows you to immerse yourself in your playing, and the 100 watts and two 12-inch speakers ensure you’ll never be short on volume.

On the other hand, the Response rotary switch is particularly appealing to pedal enthusiasts. You can select various emulated power amp tubes, including the KT88, 6L6, KT66, EL34, 6V6, or EL84. You may adjust how the amp responds to being pushed with drive using a large range of power amp responses, ranging from sagging and compressed to clean, high-fidelity, and high-headroom. Ideal for a player that uses a variety of pedals

Conclusion on How to Use an Effects Loop